On April 24 2017 a new Netent slot Fairytale Legends: Hansel & Gretel is going to come up and we are assure it is going to be another bestseller from this company. 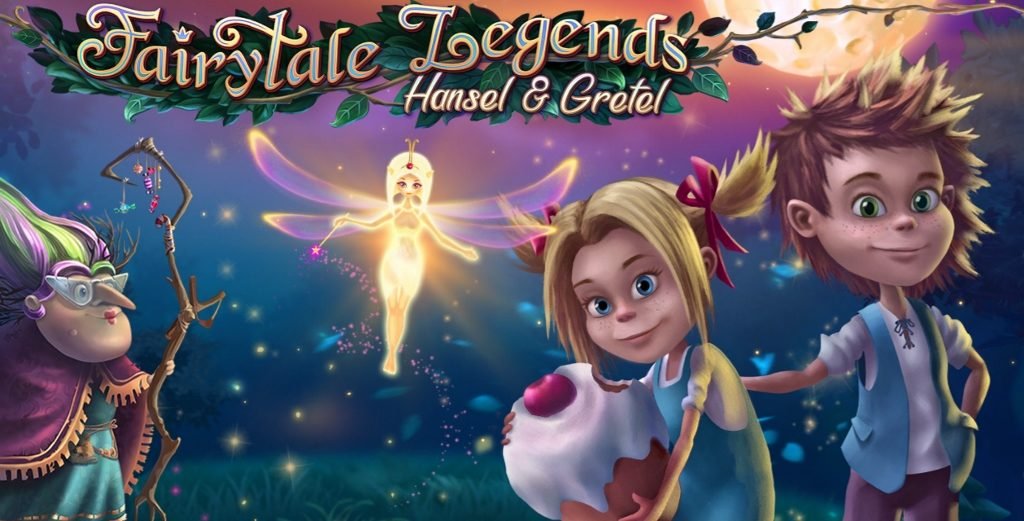 When a column of pigeons drops out on the drum, a re-spin starts, where an additional neighboring “arrival” of a similar column will form a large win + re-spin with 2 rows of Wild (Stacked wild re-spin)!

And such a winning position can fall both during normal spin, and during a bonus game activated by random spin.

Those players who have already played on the “Red Riding Hood” slot probably know that sometimes such bonus spins drop out one after another, and sometimes they will not last long.

Just like in the first part, a similar bonus besides the wild series can also sketch a few different characters in a line which can bring a good win.

But the third kind of this bonus is absolutely new. During its activation, a randomly selected symbol can be duplicated several times, replacing symbols of colored candy.

Hansel & Gretel Netent slot has a bonus game. The 3 chests on the playing field (1,3 and 5 reels) activate a bonus game in which the player can get free spins, coin win and a new bonus game “House of sweets” “(Candy house bonus).

Everything i clear with coins and free spins, but what about the bonus game?

A house with 15 different colored candies appears on the screen and you need to choose 3 of candies. You can also see a winnings table equal to the maximum and minimum multiplication of the bet. The maximum is x120, the minimum is x1.2.

Candies that are not selected by the player fall out of the game, as does the inherent multiplication. This happens until there are 3 candies left (and the corresponding multiplication), which the player originally chose. Then the bonus becomes similar to the talk show “Deal” – depending on what remained multiplied, Gretel suggests taking the guaranteed prize in the form of “average multiplication”.

The game is available both for computers and for smartphones which is great advantage.

In conclusion, we would like to note that this game is very entertaining, gives good chances of winnings and, surely, you expect a great and amazing technical characteristics from Netent!